Henry really gets a bad rap around here.  It's well-deserved most of the time, but still, it's gotta be hard to be in trouble all the time.  This particular day, his sisters had been irritated at him for about 16 hours straight and I decided to quietly ask him if he wanted to go outside and play in the snow.  I asked quietly because if I had asked in anything higher than 2 decibels the girls would have wanted to join in and I wanted some Mommy/Henry time.  As I'm posting these photos now, Kate is asking when this happened and if that snowman is still outside.  The snowman is NOT outside.  This happened back in October and then we had some freakishly warm weather in November and the snow melted.  Of course we currently have snow, but the temps are well below zero and nobody around here wants to play when it hurts to play. 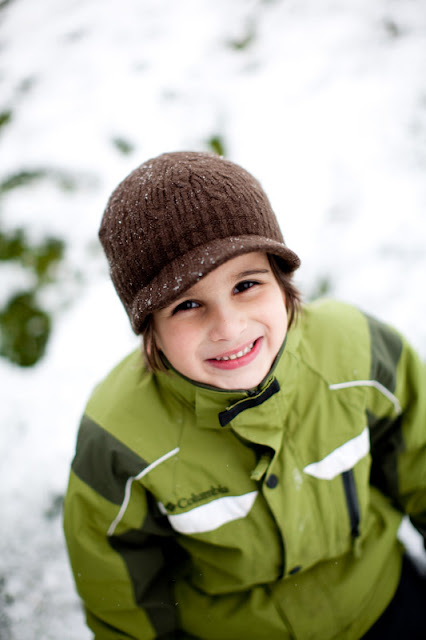 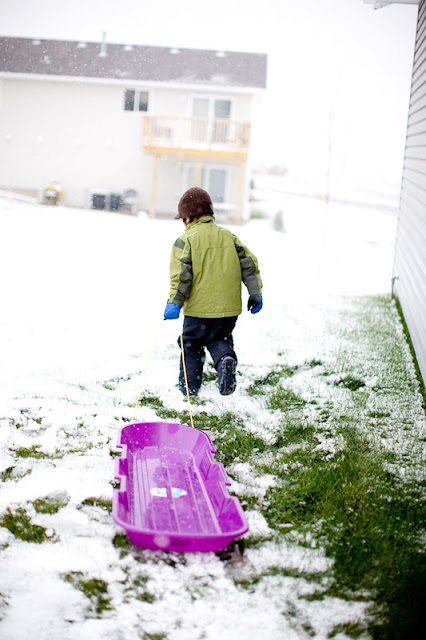 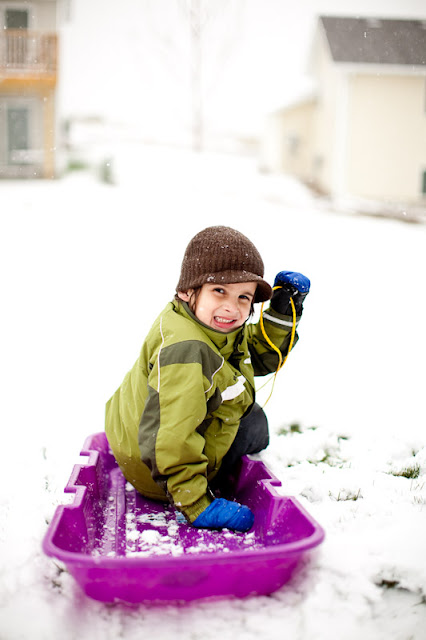 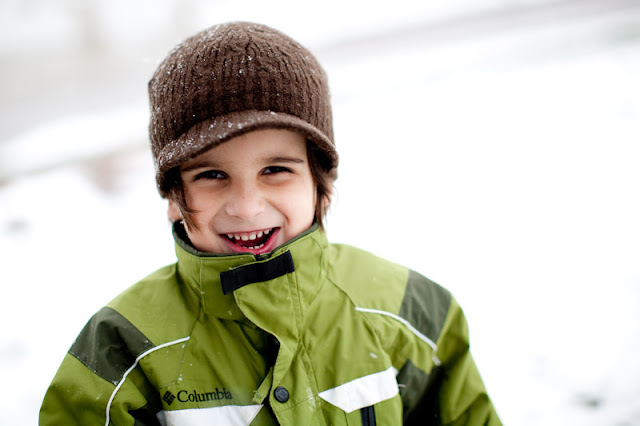 when he starts throwing snow at me, it's time to put away the camera 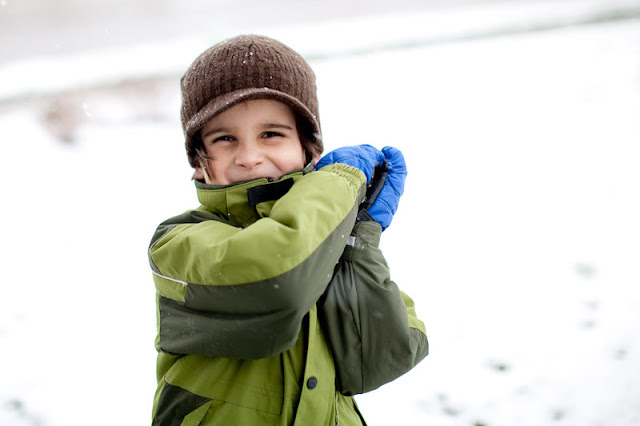 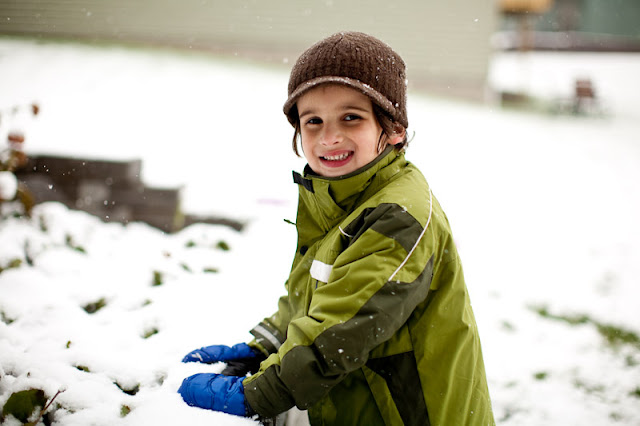 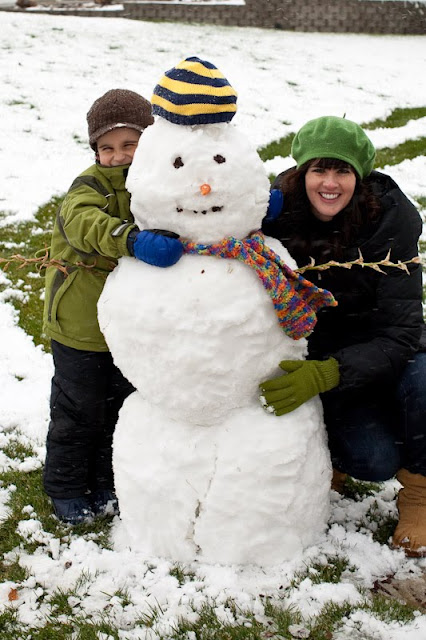 Funny hat on the snowman. I love Henry.

He's so cute. And I love how you are both color coordinated.

what a special time for the henry. i know those times are the ones my boys remember most. definitely major points towards mom of the year on that one!