Phil and Henry signed up for flag football this fall.  Both were very excited about the prospect, but Henry soon lost interest.  He was at a definite disadvantage: 1) he has my sport's genes, or lack thereof, 2) we don't watch much football so he didn't have much interest in the game.  He really thought he was just going to play with other boys.  The times he was most happy was when he was messing around off the field (or whatever it's called in football). 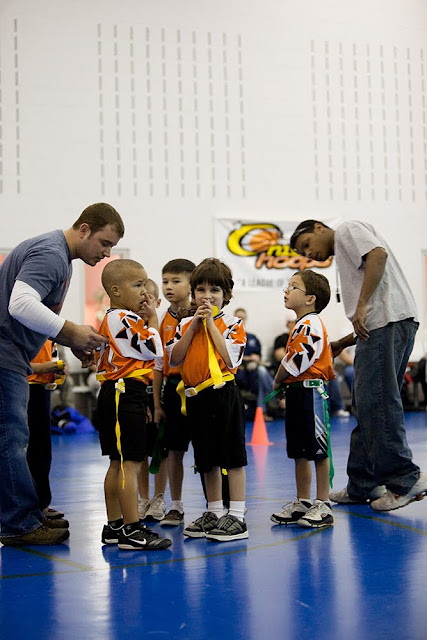 He spent most of his time chewing on his flag or playing with it ("because it feels good") and standing there, looking forlorn or lost or something. 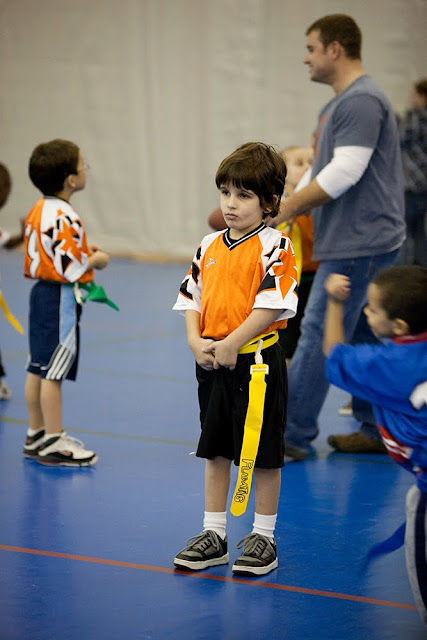 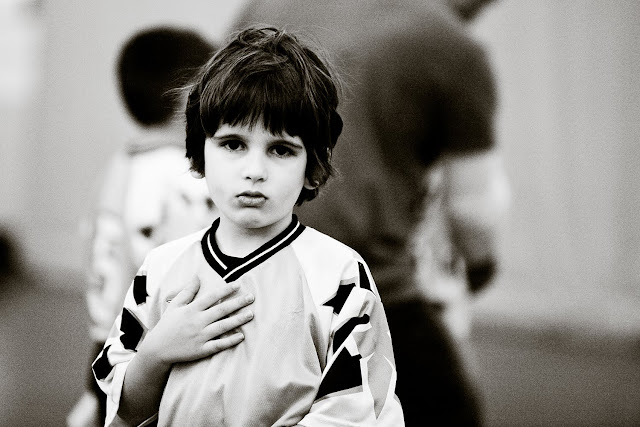 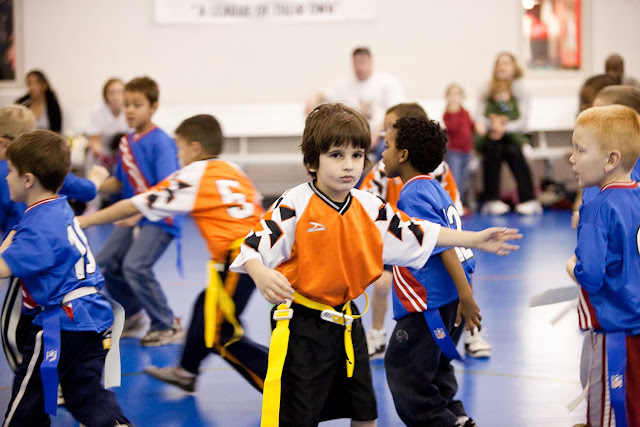 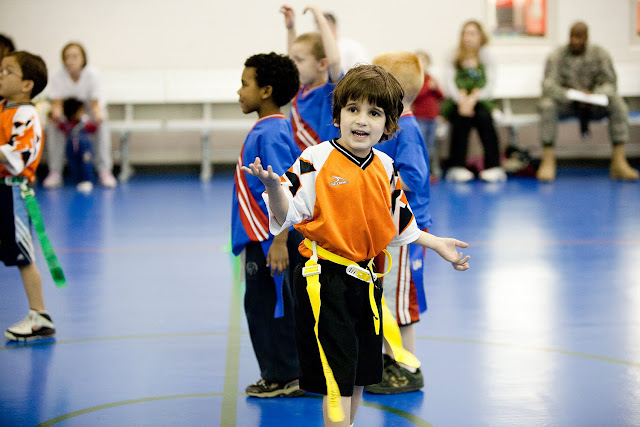 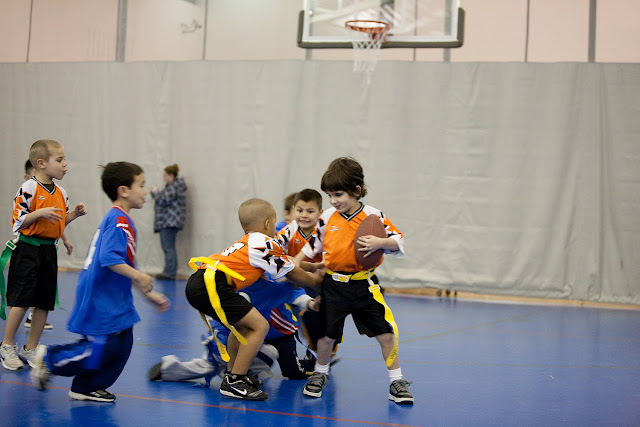 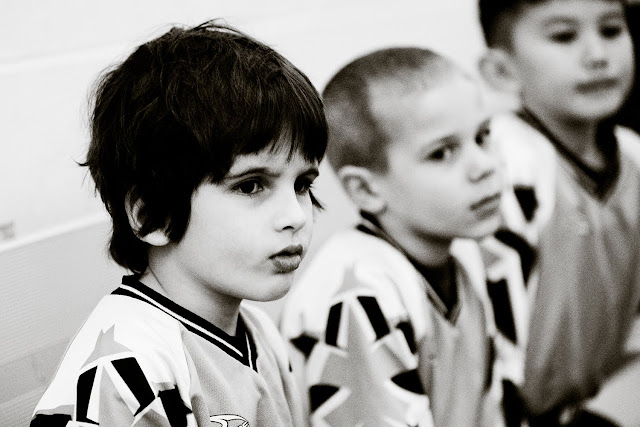 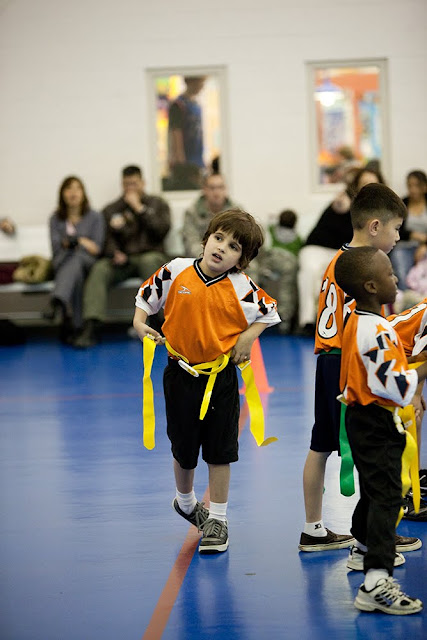 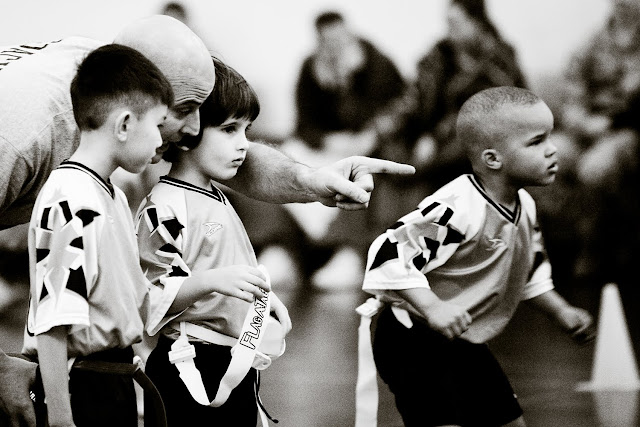 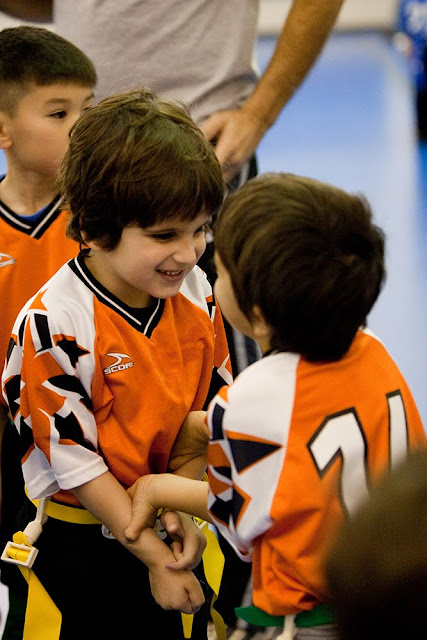 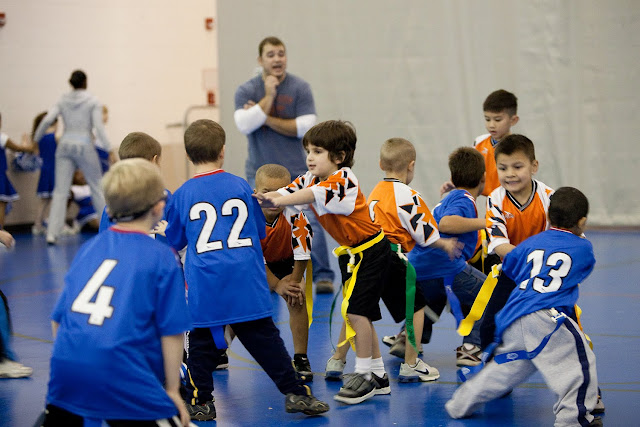 Haha! Poor Henry. I love that one of Phile excitedly telling him what to do while he's looking rather uninterested.