Henry turned five this month. Thankfully, for me, he still doesn't think he's a big boy. He's decided that he won't acheive that status until he's "a daddy." He did tell me recently what being a daddy will mean to him...he's going to make popcorn for the whole family, buy candy for "the kiddies" and we'll all watch a movie together and it will be "a daddy movie." He was stumped for a minute because he realized if he was a daddy then Kate and Addy would be mommies and we'd need more seating. I told him I would buy a bigger couch. He then proceeded to tell me that I would also need to buy a new bed so he could sleep with Phil and me. I guess we'll cross that bridge when he actually IS a daddy. He told me he would drive Phil's car and go to work, but Phil won't be working any more. I guess Phil has educated Henry on retirement.
The one way that he IS growing up though; he has stopped proposing to me and Phil and recently informed me that he is going to get his OWN wife. THAT'S maturity. 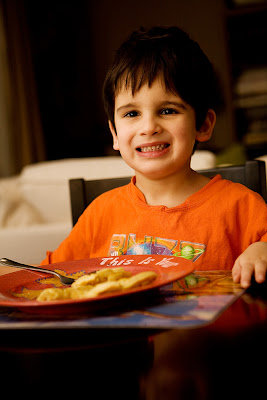 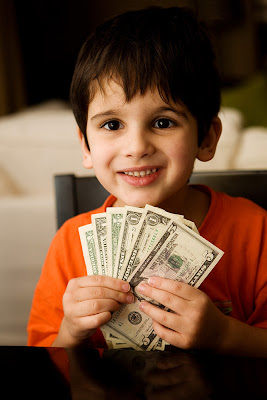 and the obligatory opening gifts photos... 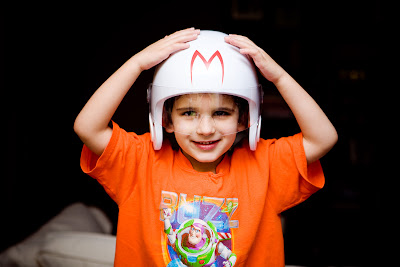 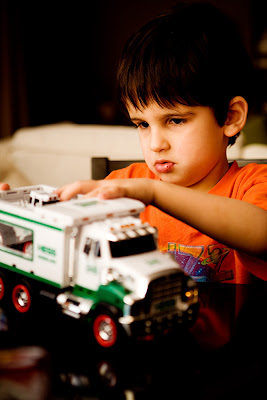 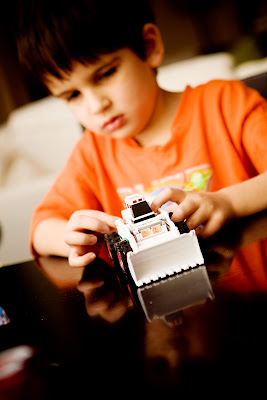 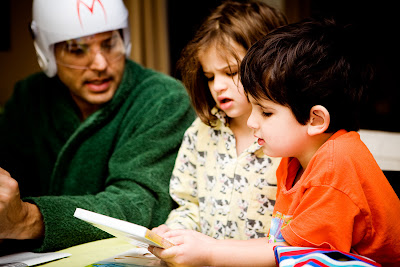 Asher has a birthday six days after Henry so we had a joint celebration. Henry wanted a BumbleBee (the transformer, not the insect) cake and Asher wanted to decorate cupcakes. So we did both. 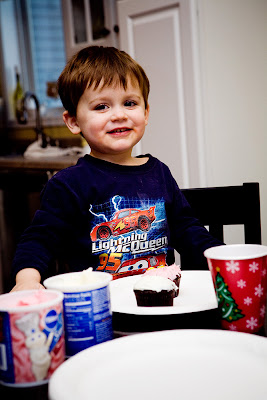 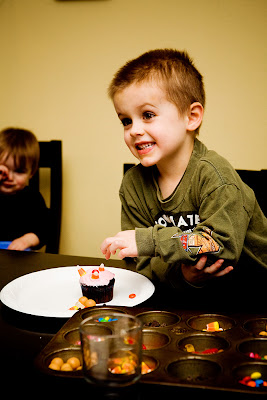 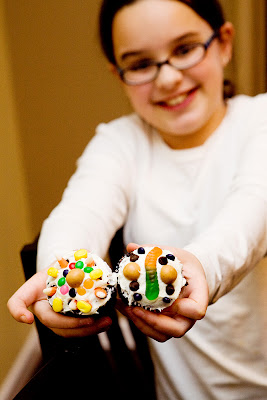 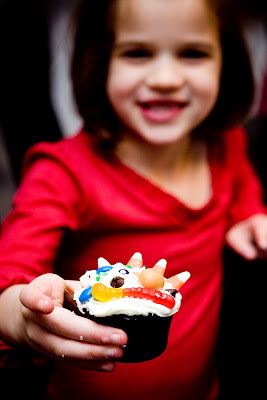 this is Obed, decorating his cupcake 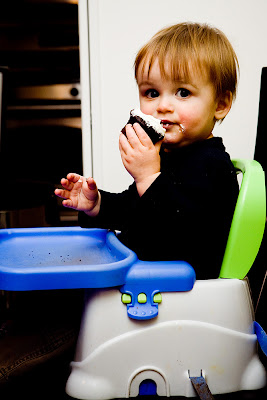 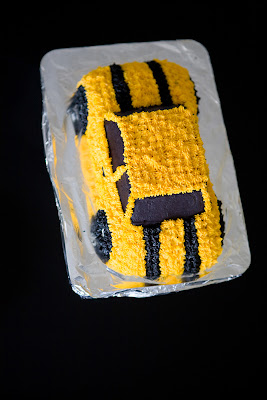 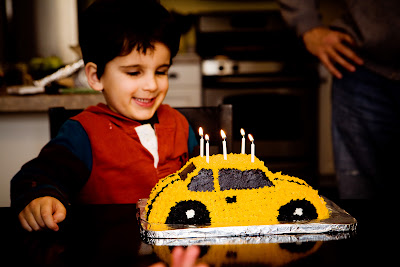 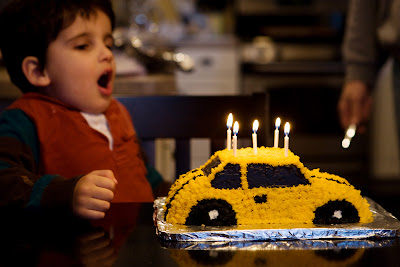 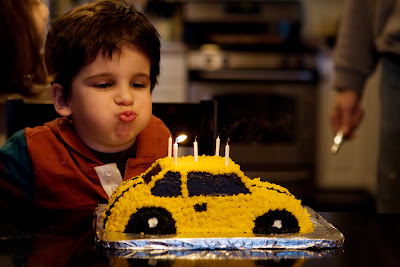 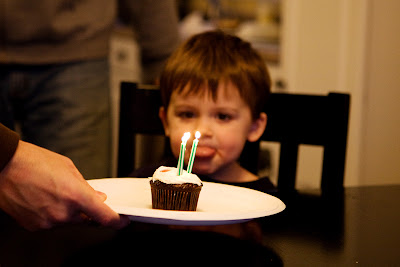 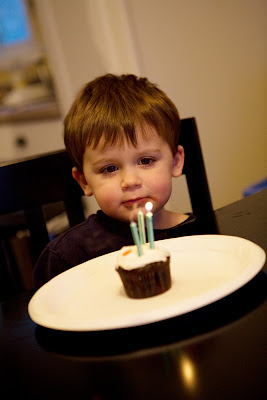