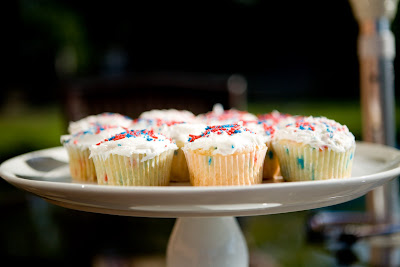 The only thing more fun than making cupcakes for your friends is watching them eat them. 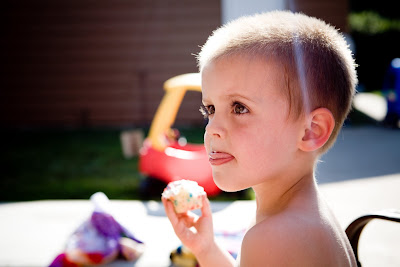 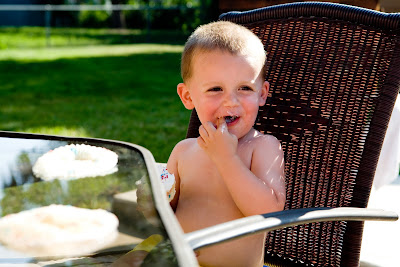 and then washing off in their pool 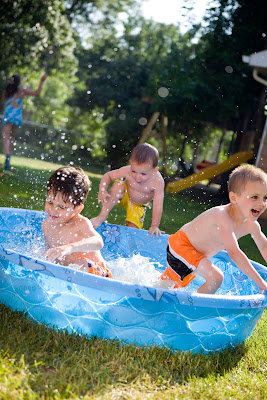 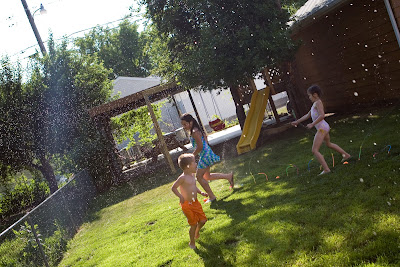 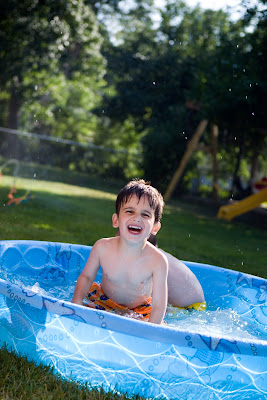 It was our first 4th of July in the U.S. since 2001, and we were so excited to shoot off some fireworks, until we found out it was illegal within the city limits. So, we bought a few packages of sparklers instead. We let the kids stay up until 11, which was when we thought the local fireworks show started. At 10:45, we were driving towards the park and saw hundreds of cars driving in the other direction. So...we drove home and lit our sparklers, only to find out that 4 packages of sparklers is really not much at all. Good thing for our kids that we wanted to show them a good time, huh? Maybe next year their parents can be better planners. 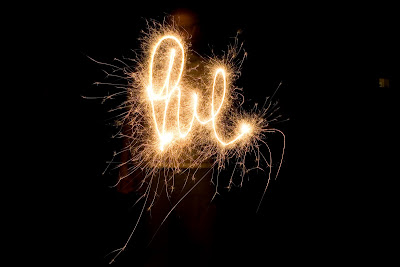 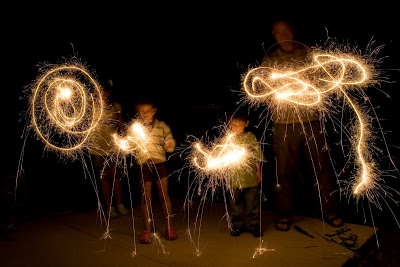 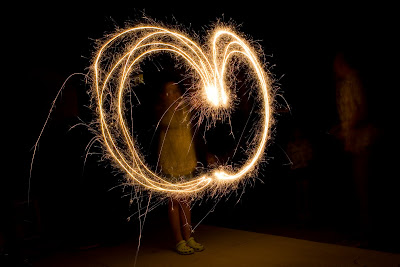 Those pics of the sparklers are awesome! Our sparklers really didn't do so well. At first they wouldn't light, then mine was the only one that lit, so I was over there waving it around all by myself while everyone else was still trying to light theirs!

fantastic! the sparkler pictures are nice. i am a bit sad that you didn't spell my name like i had requested.

sorry you missed the fireworks show. maybe next year. did we lead you astray with the wrong time for the show?

I emailed you the Vince sparkler picture. It looks more like Vile to me. Phil tried.

We were just wingin' it last night and it didn't pan out for us. It was a memory, though, so that's all that counts, right? hmmm...

Vince shared your blog post with me so I could enjoy the pictures of the 4th of July celebration. I'm glad he did. Looks like a fun day. Such cute kids!!
Vince's Mom