This was…dare I admit this?...my kids’ first water balloon experience. And as I told Addy, sometimes it takes 2 hours of preparation for 2 minutes of fun. Or so it seemed … Addy and I did finally get a system worked out, which included me not getting wet and everyone else getting wet. I’m so smart sometimes that even I’m shocked!

Henry was too cold, so he was hiding in the shaded garage, wet, waiting for us to get done. Not out in the sun. In the garage. He’s brilliant. He was also cold during the fight and somehow convinced his sisters to not throw balloons at him. I guess it pays to be the baby sometimes.

Addy and Kate both informed when it was over that they hardly got any of the water balloons to throw. You look at the pictures and be the judge.

Henry wanted another round about an hour later. I got about 3 million of these things at CheapMart, so guess what I have in store for me all summer? 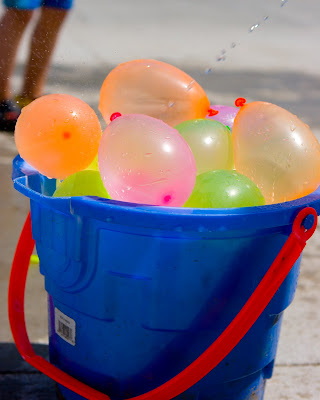 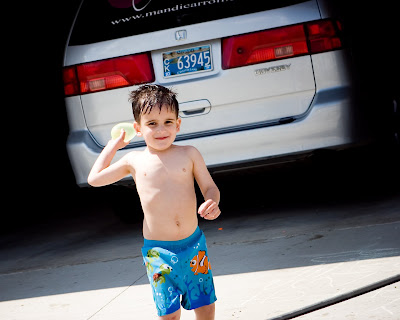 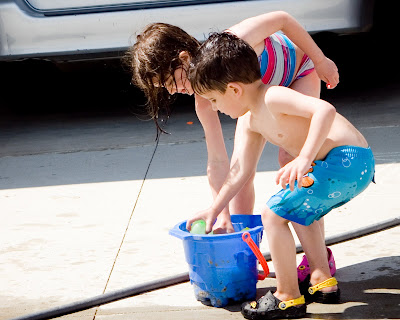 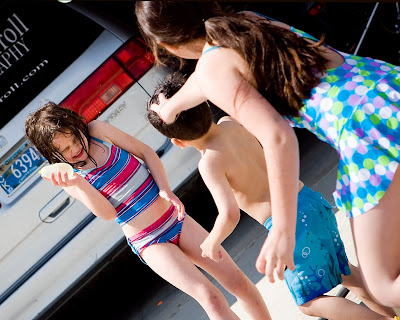 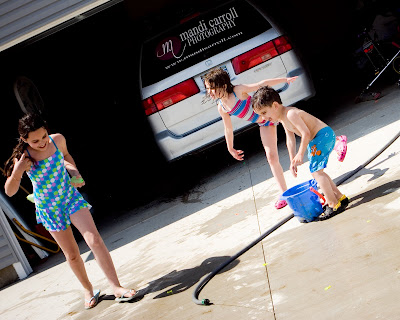 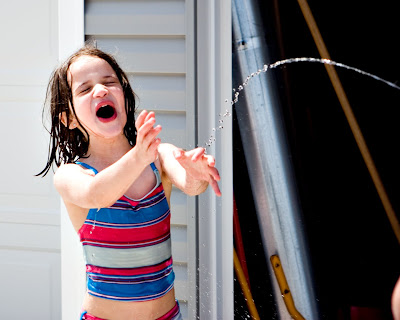 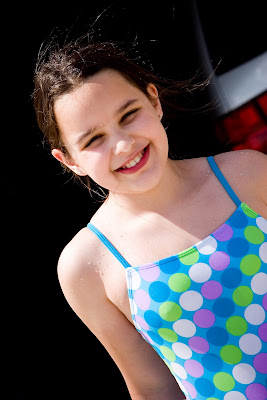 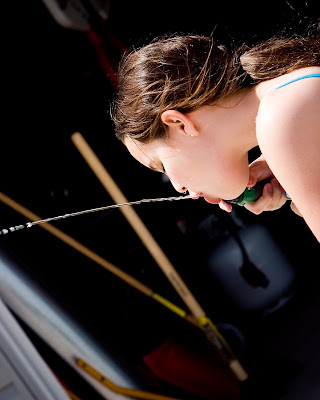 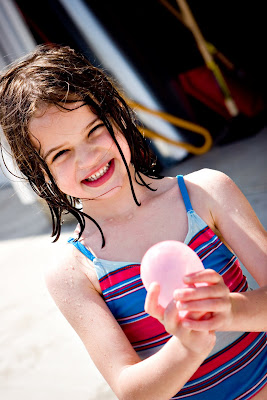 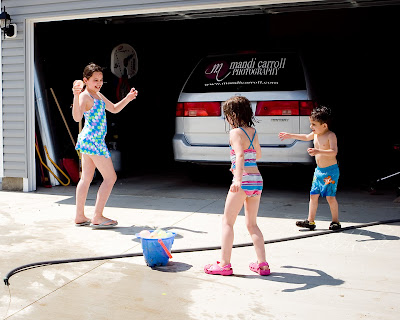 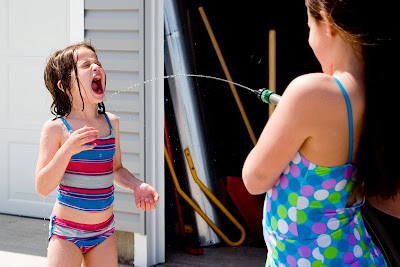 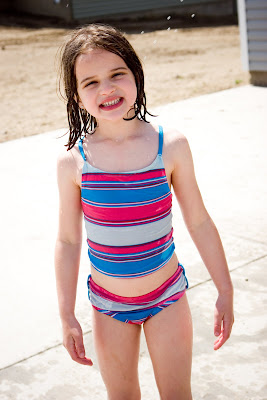 this is how it begins... 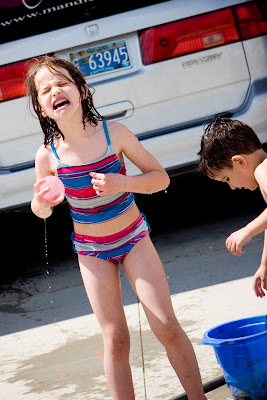 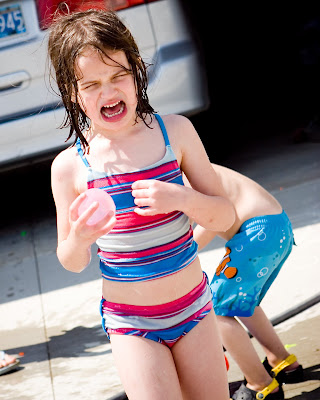 did you fill the balloons with acid? is that why kate is crying? did she get acid in her eye? poor girl. she needs a pirate patch.

acid?!?! You're definitely trying to keep that Mommy of the Year award sewn up!

No, she was bombarded with water balloons and just couldn't handle the water-pressure!

Hey Mandi,
looks like you guys are having way too much fun! :) I can't believe how much your kids have grown! We're doing good, the adjustment back has been difficult, we were really hoping to stay overseas longer, but clearly that didn't happen. How has it been for you? We made it to Germany a couple times, and tried to find where Spangdalem was...I didn't try hard enough :) Anyways, so glad to see you guys are doing great!!

i'm glad it wasn't acid because i thought that would have been odd. i guess your explaination makes more sense.

a little odd, yes. Me finding Barbies in the freezer today...also odd...

i like the shameless plug for the photography business.

that last one took me a minute. yes, since 99.9% of my blog readers are not in the local area, it's important for me to promote my business on threebeekers.

what if i read your blog 10 times a day - would that change the percentage?

i also like the angles. you are a master of the angled shot.

in the end, the answer will have to be no, unless you plan on being my PR person.

glad you like the angles. many of them were inintentional. The "fight" lasted less than a minute, so I was snapping away...

aye. I tend to get bored easily and also like to waste time occasionally.

couldn't you have made the advertisment on your van a little bigger... it's really hard to read in these photos... I think you need to make it bigger.