Phil loves ice fishing. I decided to give it a try to see if there is something to it. Not so much. We took two cars, which was a very wise decision. Henry, Kate and I headed for home after hanging out for a long 30 minutes. I admit, I went because I thought I might be able to see something beautiful outside that I could photograph. Again...not so much. Thus the pictures of Phil augering his holes...and another hole...and another... 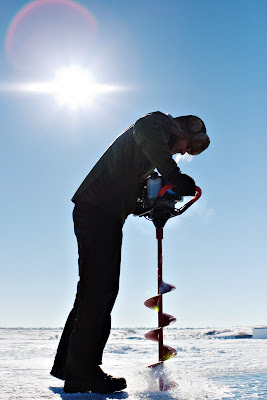 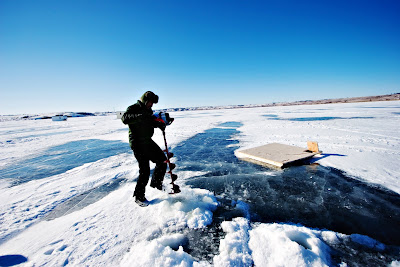 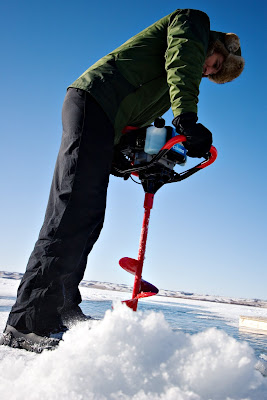 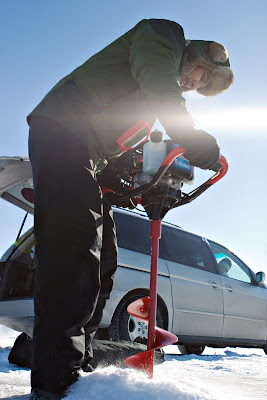 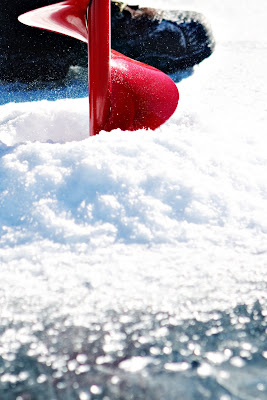 The ice is about 3 feet deep, thus the cars on the ice 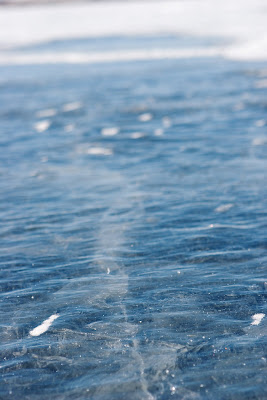 The infamous ice hut. Phil made a hinged, carpeted wood floor; he has a heater and chairs in there. That doesn't mean it's comfortable. Phil would disagree. 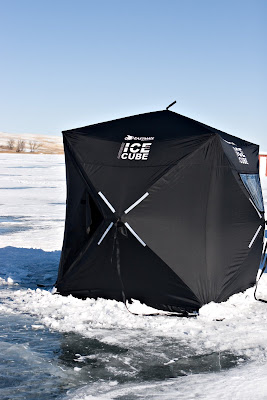 Here's Henry in the ice hut. After Henry figured out that fishing isn't all about putting his Spiderman fishing pole into the water and taking it out and putting it in and taking it out, he got pretty bored. He also wondered at the lack of good eats. Raw fish aren't very appetizing. 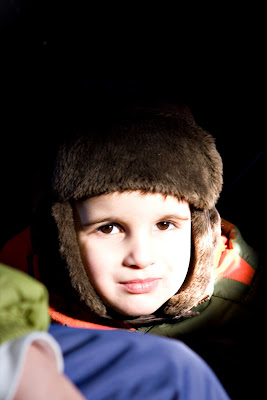 Addy, on the other hand, loves ice fishing. This is her second time out and she is fully happy to sit there for hours, just as long as the fish never touch her. 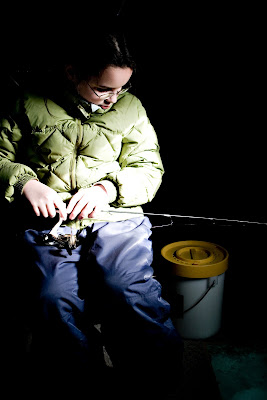 this is a semi-painful look 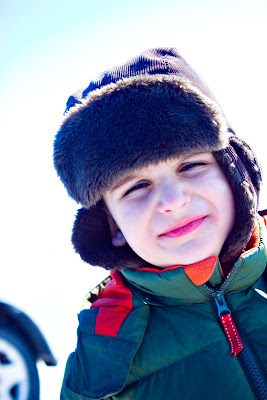 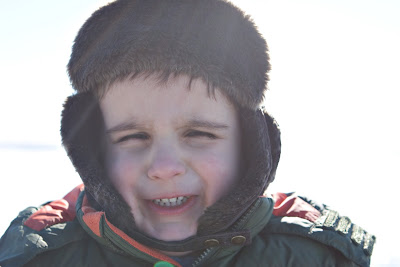 Do you wonder at the lack of a "fish on the end of the pole shot?" Well...I didn't stay long enough for a shot like that. They're still out there. We're hoping for some good eats tonight.
Posted by M. at 3:52 PM

Ahhh! Haaa!! That "full-on-pain" look is hilarious! Although...poor Henry...lookw like it feels hideous. Okay, so now I get how the ice-hut could fit into a living room/den. Wow. From my perspective..it's almost like you all are living on another planet!

Tell Philly he looks like a fine figure of a man in those shots.