In between New York and Chicago we stopped in Michigan to visit with my extended family. It was so fun to catch up with aunts, uncles, grandparents, cousins, great aunts and uncles and second cousins. We didn't take as many pictures as we should have because we had so much fun visiting. 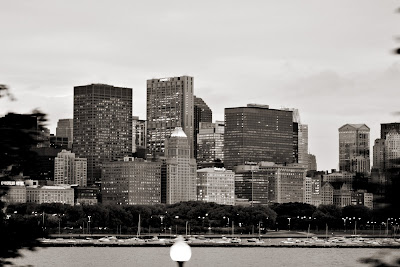 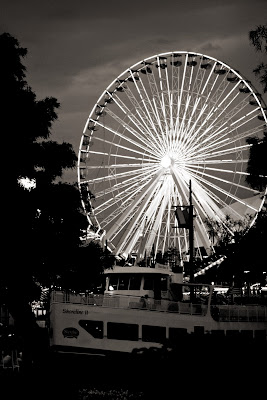 Chicago was such a blast. We only spent two days there, but we filled them with tons of fun activities. We really enjoyed the city, especially Navy Pier. 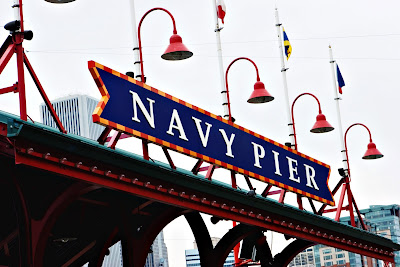 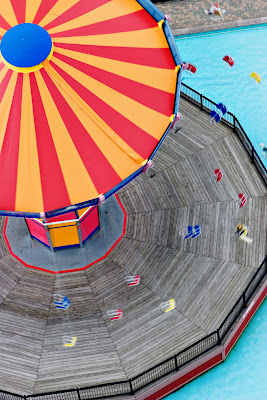 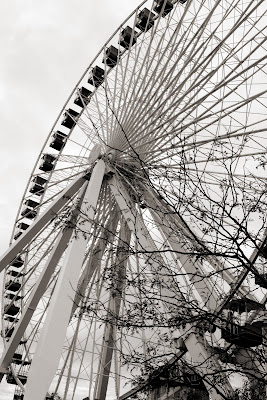 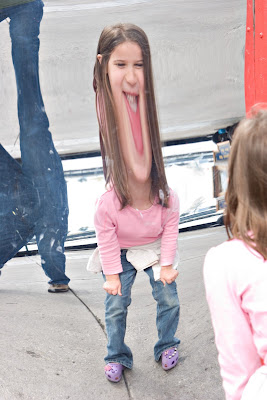 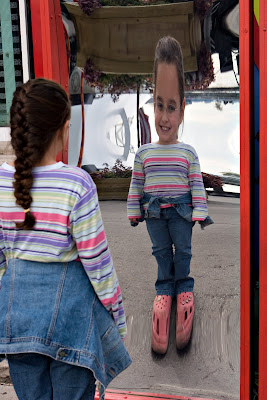 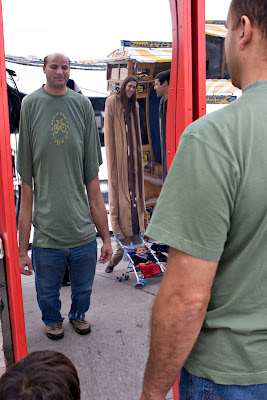 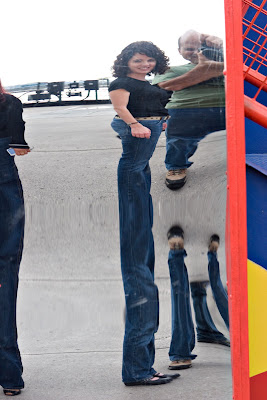 We took a double-decker tourist bus around the city and I found out that even skyscrapers can be beautiful. 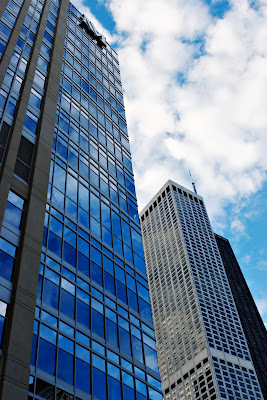 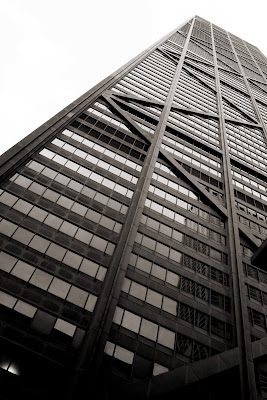 And then there was food...we had to do the tourist thing and have Chicago hot dogs and pizza...I'm sure I gained a few pounds on that stop... 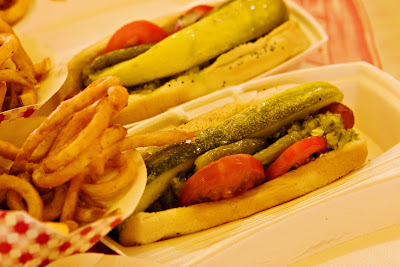 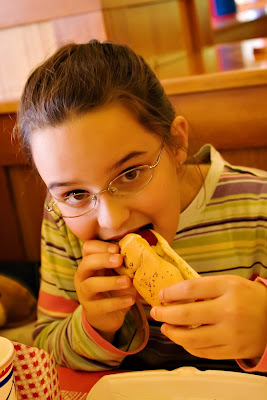 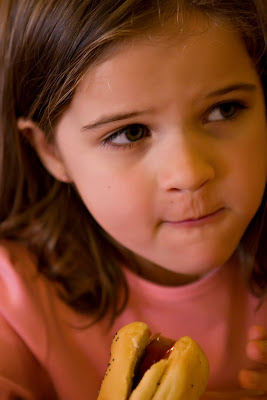 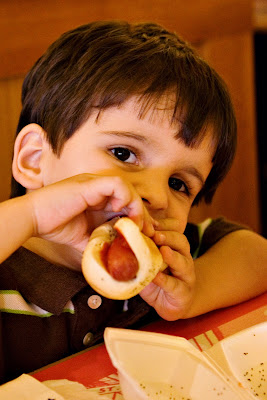 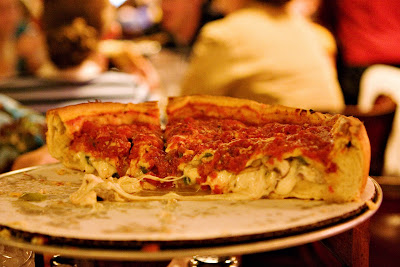 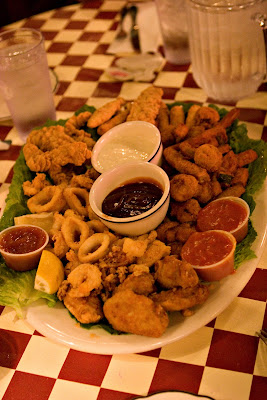 The girls and I went to the American Girl place. We had a great time and even had lunch there. It's a once-in-a-lifetime experience for that price! 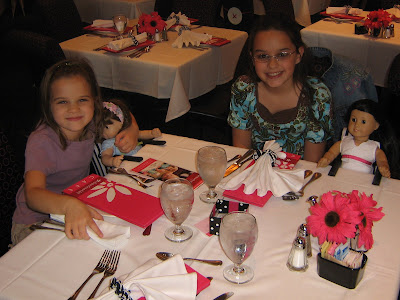 While at Navy Pier we let the kids "Build a Bear." They had heard other kids talking about it, but didn't really know what it was. They had so much fun making, dressing and naming their animals and Phil and I had fun watching them. 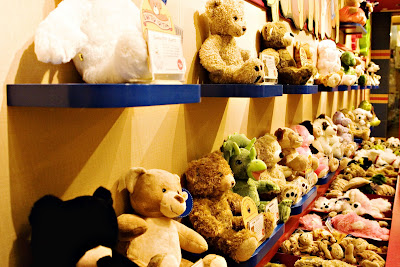 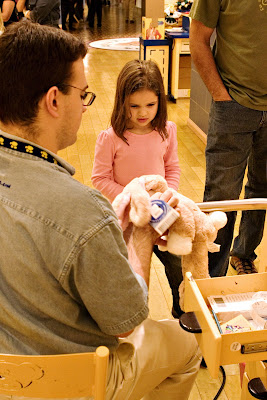 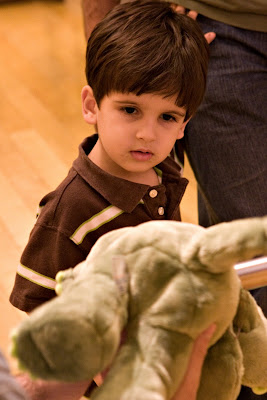 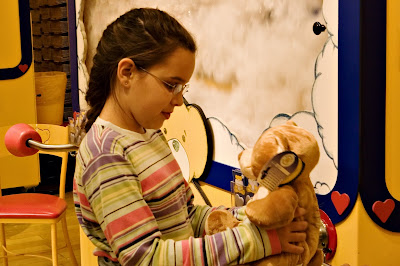 Henry is supposed to be rubbing his Super Dino's heart between his hands and making a wish. I think he was just following instructions, but he was pretty cute about it. 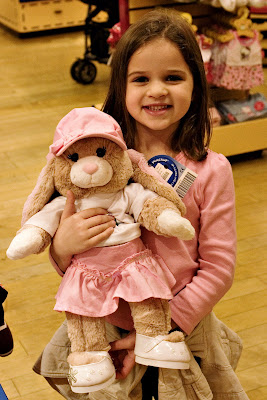 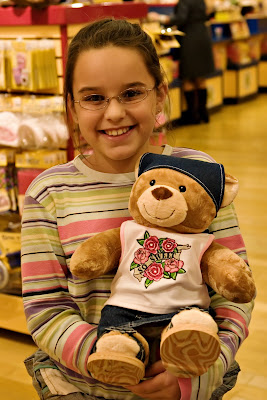 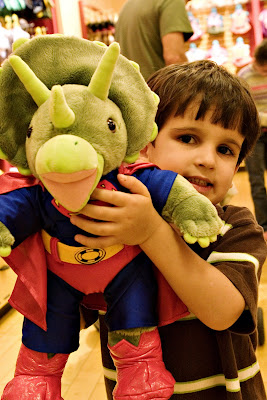 We checked out Lincoln Park Zoo on our last afternoon and had a great time meandering around there. There were very few people there...I hate crowds, so that's always a good thing. At one point it got a bit windy and Addy said, "Wow, Chicago is pretty windy. They should call it the wind city or something." Good idea. 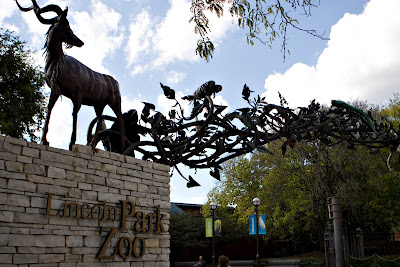 I can't believe the only good animal picture I got was of a squirrel. All the other animals would run when my camera came out. Maybe the Beekers gave them the head's-up. 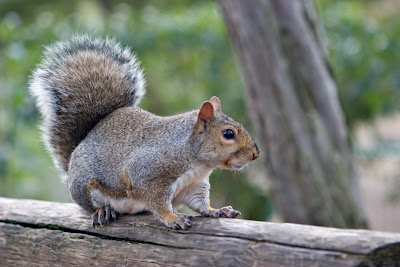 Love the Chicago pics! I rode that same ferris wheel just a few weeks ago! And isn't that pizza insanely cheesy? We were really impressed at how slick the waitress was at serving it. When I tried to dish a slice for myself the cheese just wouldn't stop coming.
Oh, and tell Kate that she picked a really nice name for her bunny.