Our friend, Michele, taught Addy and I how to decorate cakes. After just a few hours of instruction, I was amazed at the results Addy was able to produce. Either she is a natural, or Michele is a great teacher...or both! 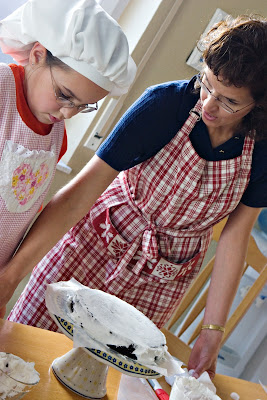 the look of concentration 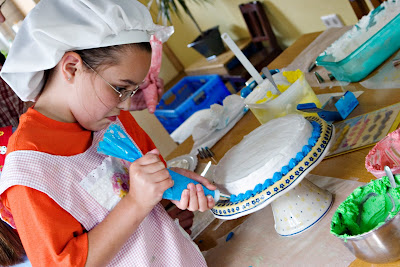 don't you love the "oops face"? 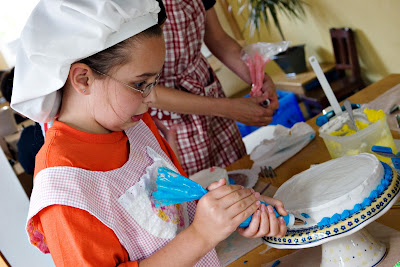 isn't it beautiful? I was so impressed! 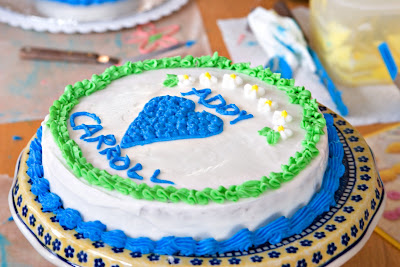 We spent the 4th at church today. We talked, laughed, ate, played games and had an overall great time. Henry fell asleep in the middle of the santuary, as per usual. Addy led a parade, which is right up her alley and Kate followed...again, as per usual. The kids also ate lots of cherries off the cherry tree and got filthy. A great time was had by all! We are really looking forward to spending the 4th in the States and being able to see some fireworks, but this was a nice substitute. And, yes, those are raindrops in the last picture; typical Germany 4th... 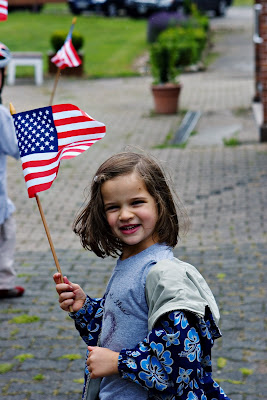 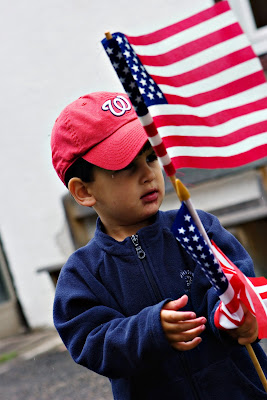 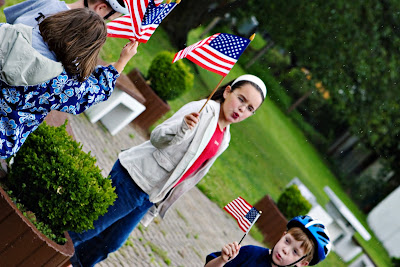 Addy was baptized last Sunday. She wanted to be obedient to Christ and to publicly state that Jesus died for her sins and that she loves Him. 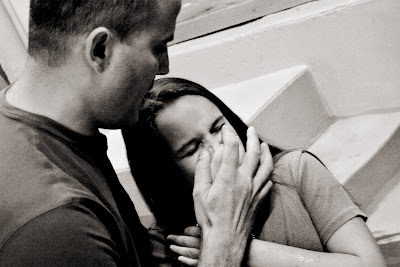 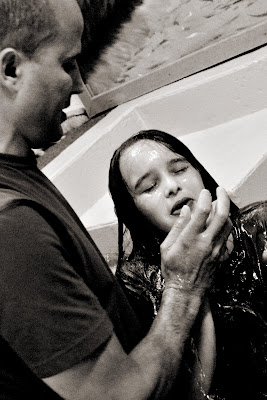 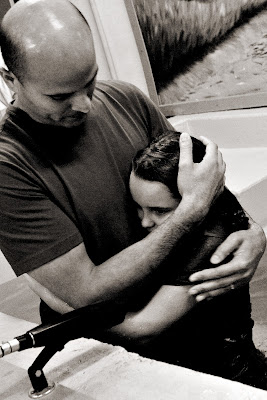 I bought a 12-pack of AA batteries the other day and in about 20 minutes Henry had all the batteries spoken for. It was like Christmas for him with all his toys functional: his RC car, his helicopter and his Incredibles gun. He was so excited and kept saying, "Thank you, Mommy, for fixing my toys!" Later that evening, he suited up with Addy's swim googles and his red rubber boots and took off outside to torment the dog we are taking care of. He was chasing it all over the yard and shooting it. He couldn't see well through the goggles and said, "Where's the dog? I need to kill!" Man, I'm hoping this stuff gets out of his system now or he'll end up like Gaston on Beauty and the Beast. Here are some of the lyrics to my favorite Disney song:
No one's slick as Gaston
No one's quick as Gaston
No one's neck's as incredibly thick as Gaston
For there's no man in town half as manly
My what a guy, that Gaston
…No one fights like Gaston
Douses lights like Gaston
In a wrestling match nobody bites like Gaston
For there's no one as burly and brawny
As you see I've got biceps to spare
Not a bit of him's scraggly or scrawny
And ev'ry last inch of me's covered with hair
No one hits like Gaston
Matches wits like Gaston
In a spitting match nobody spits like Gaston
I'm especially good at expectorating (Ptooey!)
Ten points for Gaston!
When I was a lad I ate four dozen eggs
Ev'ry morning to help me get large
And now that I'm grown I eat five dozen eggs
So I'm roughly the size of a barge
No one shoots like Gaston
Makes those beauts like Gaston
Then goes tromping around wearing boots like Gaston
I use antlers in all of my decorating… 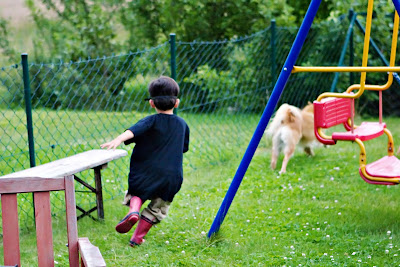 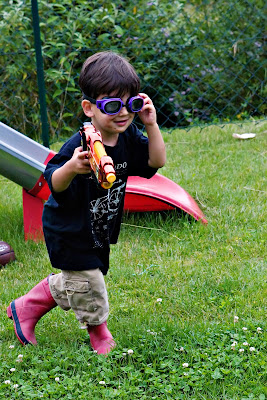 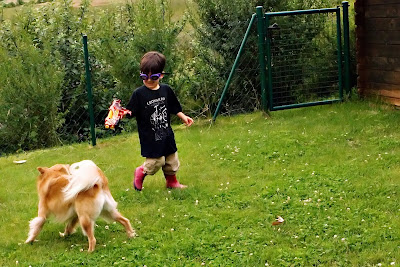