Henry is pretty crazy about guns. I think we have three posts about them so far. Anyway, he found two toy handsaws and these safety glasses and used the saws as what? You guessed it…guns! He also uses a hairdryer and a curling iron as guns and pretty much everything else. I really don't know where the fascination comes from. He hasn't watched violent TV or movies, hasn't even been around a lot of boys (two older sisters, ya' know). Today Kate was playing dog and Phil said, “Look at that bad dog!” Henry immediately stopped what he was doing and said, “Where’s my gun?” Very protective...yeah, right. 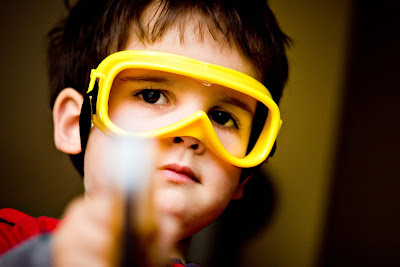 He’s a different superhero every day and usually wears his rubber boots (because that’s what superheros wear), his apron (he thinks it’s a cape) and some shirt that makes him think he’s a superhero. Today he was Superman. 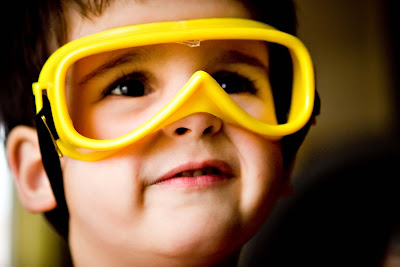 Today he says to me, "Mommy, you don't stink anymore." I don't know what he's talking about, but I don't like it. 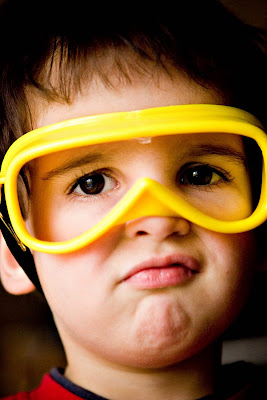 Kate and Addy got new bedding this week and it’s very girly: mint green and pink with roses. Henry loves it and wants to sleep in Kate’s bed at night. Last night, we found them both asleep in her bed. It’s such a juxtaposition of little boy and little girl; kids are crazy. 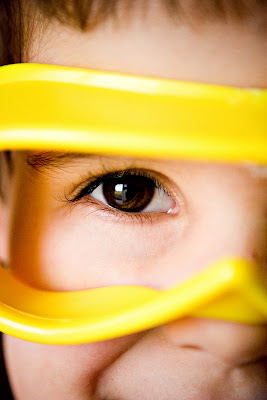 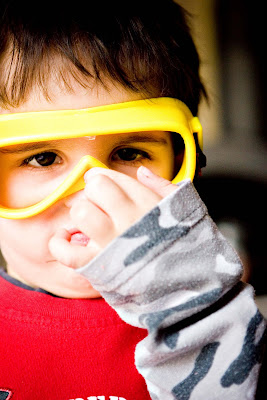 Thanks for your hospitable offer, Mandi! I'm not sure yet of our exact itinerary in Germany, but if we're in your area it would be great to stay with you. I'd love to meet another of Maggie's fun siblings - we've heard so much about you (and your cute kids)!
Bethany

wow this blog is getting quite complex! i like the "places we've been" thing!! anyway very cute pix of the kids! and a note for phil...we're going to put the windshield in and possibly do the maiden voyage on saturday morning if all goes smoothly!! wish you could be here for it! ttyl

Hi Mandi, I've been enjoying your blog a lot since getting the web address in your Christmas card! You were a big influence on me when I was a new mother - nursing, cloth diapers, staying home... Anyway I really want to e-mail you about something, so if you get a chance please write to me at hatsie@verizon.net