Henry’s fine now. Lot of people showed concern and I just wanted everyone to know that his lungs are clear; virus is gone. He’s back to his normal self, which is good…I think.

I had my blood drawn on Monday and they decided to get a full liver panel. All my liver tests are normal except that bilirubin, which is still elevated, but it’s actually down by .1, so that’s good. I have my ultrasound on the 25th.

I did find out that my neutrophils have been steadily increasing since August. I’m told that’s a portion of my white blood cell count, which is one they are checking all the time because my medication can cause it to go too low. That’s strange to me. Apparently neutrophils are measured in percents and normal range is 42-75%. In August, mine was 69% and it’s now 90%. I guess that’s one more bridge to cross.

I get my blood tests done every Monday now, so they’ll be closely monitored.

We go to Virginia in a week and a half, to visit Sue (Phil’s sister) and family and Phil’s parents are coming down from New York. My doctor told me I have to call before I leave…I’m not sure why. Is he going to say I can’t go? Hmmm....

It will be nice to get a break from the routine, see family, friends, shop and eat at American places and see some historical sites.

I was reminded by several people that I don’t have a picture of Phil on this blog. Here’s why: 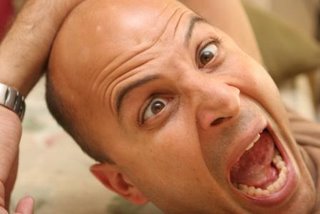 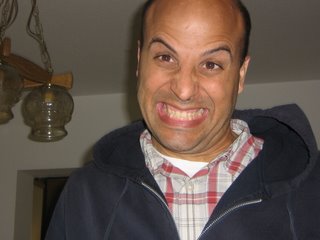 I looked through many, many shots and finally found this. It’s from our 10th anniversary in July and I think it’s a once in a lifetime shot. So, don’t expect too many shots of him…they all start to look the same. Oh, by the way, he’s very proud of those faces he can make. 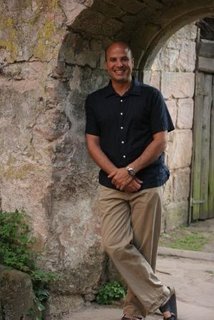 hey! i love these pix! i really really wish i u guys could move back here! i miss you all like crazy!
monte

What a fine measure of a man. Does he possess any fraternage?(brothers?) I ask because I'm looking for a godfather.:0

Suck it up, Phil!